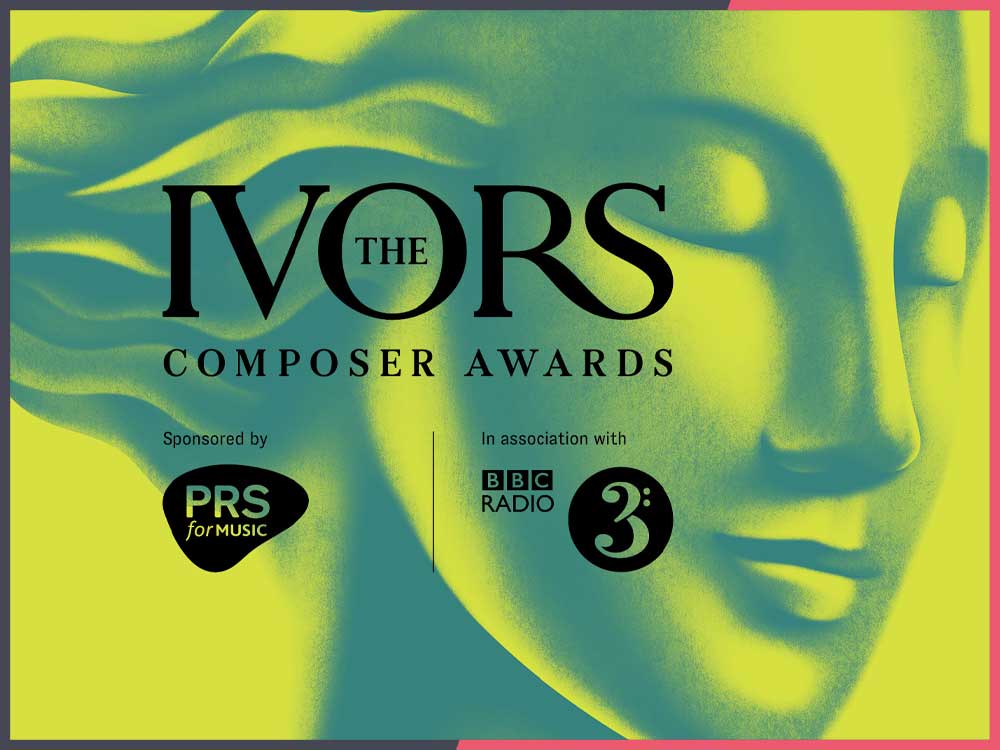 The winners were revealed at the British Museum during a ceremony conducted by BBC Radio 3’s Tom Service and Sara Mohr–Pietsch.

Since 1956, the Ivor Novello Awards have been regarded as the pinnacle of success in composing and songwriting.

Julian Joseph OBE, Chair of The Ivors Academy’s Awards Committee and Fellow of the Academy, stated: “Each Ivor Novello award tonight passes from writers and performers to their peers; this is what distinguishes and specialises each one.” I’m honoured to be a part of recognising the skill, inventiveness, and perseverance required to create such beautiful music and environments. Our honorees’ accomplishments inspire me enormous regard and respect, and I extend my heartfelt congratulations to them all.”

PRS for Music supports the Ivors Composer Awards. BBC Radio 3 will broadcast the event on 11 December at 10pm as part of a special edition of the New Music Show, which will also be accessible on BBC Sounds.

“The entire process of creating this piece was the beginning of re-connecting me to my music,” she continues, “and it gradually evolved to reflect my journey through this period.”

The composition was described as “beautifully designed, balanced, and realised” by the Ivors Academy jury for this category.

The piece examines humanity’s “fragile relationship with the world.” The judges described the work as a “wonderfully unique and impeccably maintained sonic universe.”

Alex Paxton (born 1990) is the youngest prize winner this year, having been nominated for three pieces and winning the Small Chamber Composition award for his work ‘Sometimes Voices’. The composition was commissioned and debuted by Hyper Duo, a Swiss experimental duo comprised of pianist Gilles Grimaitre and drummer Julien Mégroz.

The judges described the composition as “a very inventive work brimming with extraordinary creative vision and musical vitality.” ‘Sometimes Voices’ may be viewed here.

Martin Iddon won the Solo Composition prize for his composition ‘Lampades’. The work, which was commissioned and performed by Jack Adler-Mckean, was written for tuba and fixed media and may be viewed here.

The judges described the piece as a “beautifully unique and immersive sound universe that creates a deep, enigmatic feeling of place.”

Caroline Kraabel, an American composer working in the United Kingdom, won this year’s Sound Art prize for her composition ‘London 26 and 28 March 2020: Imitation: Inversion’. The composition was composed for double bass, baritone, alto, and sopranino saxophones, and was originally intended to accompany a 40-minute video.

The clip contained photos of London’s empty city centre captured on Kraabel’s phone during her authorised exercise time during the first COVID lockdown in the UK. Kraabel developed the piece by recreating and recording some of the original sounds from the film clips on her alto saxophone for the ‘imitated’ portion and then creating acoustic opposites for the ‘inverted’ half.

The jury stated that the piece “caught something of the time’s zeitgeist” and was “an imaginative and hilarious translation of real-world noises to instrumental sounds, demonstrating linkages between the organic and the mechanical.”

The Ivor Novello Award for Vocal or Choral Composition was presented to Thomas Adès for his piece ‘Gyökér (Root).’ Oliver Zeffman commissioned the piece as part of his ‘Eight Songs from Isolation’ project, and Zeffman accepted the prize on behalf of Adès this evening due to his unable to attend.

The material for the composition was derived from Hungarian poet Miklós Radnóti’s Camp Notebook, which contained his final poems written while imprisoned in a forced labour camp at the close of World War II. Katalin Károlyi, a mezzo-soprano, and Ricardo Gallardo, a drummer, recorded the four-minute composition.

The judges described the work as a “gut-wrenchingly gorgeous, profoundly poetic, and breathtakingly creative work of the uncommon variety.” The piece may be listened to here.

Zoe Rahman, a jazz composer and pianist who has won MOBO Awards, received the Impact Award. Rahman travelled to Boston to pursue jazz performance at Berklee College of Music after studying piano at the Royal Academy of Music.

Throughout her career, she has infused music with swing, poetry, intensity, and intimacy with influences from her English, Irish, and Bengali ancestors. Her sound is saturated with individuality and a jazz authenticity befitting her background as a world-class artist, composer, and performer.

Rahman was recognised by the Ivors Academy as “one of Britain’s most forceful compositional voices and significant contemporary musicians who shines a light on British jazz as a worldwide musical force.”

This year’s Innovation Award was presented to Cleveland Watkiss, a pioneer in the world of sound. With a diverse roster of collaborators that includes Björk, Talvin Singh, the Royal Philharmonic Orchestra, the London Community Gospel Choir, and The Who, Watkiss was defined as “unique worldwide and uncategorisable in the annuals of British jazz and contemporary music” by The Ivors Academy.

Watkiss, an inventive musician who is attentive to the conditions necessary for the flourishing of creative improvisation, inspired and co-founded the Jazz Warriors large band.

Alexander Goehr received the Ivor Novello Award for Outstanding Works Collection in recognition of his contributions during a seven-decade career.

“From his time at the Royal Manchester College of Music, when he co-founded the very important New Music Manchester Group,” the Ivors Academy stated. Goehr has been a continuous driver for innovation and dialogue in contemporary classical music during his tenure at Cambridge University.”

The Academy said, “his decades of consistently high-quality works establish him as a master of the craft in all genres of classical music, great and little, operatic and symphonic.”

The Visionary Award recognised Sarah Angliss, a multidimensional creative technologist and composer. Angliss studied baroque and renaissance music in addition to electroacoustic engineering and robotics, and all aspects of her education affect her creativity.

Whether it’s a mechanically operated singing bird, a micro-opera that can tour unusual venues, or her own robotic polyphonic carillon, The Ivors Academy noted that Angliss “remains true to her artistic concepts, creating unique compositions that connect with the listener with emotional depth and great beauty, never failing to leave a lasting impression.” Her innovative style has earned her a high demand for both live performances and soundtrack appearances.